KUWAIT CITY, Jan 26: Kuwait’s National Assembly on Wednesday unanimously passed legislation to grant cash and free food to Kuwait citizens totalling over $5 billion to mark national occasions.
The grants, made last week by HH the Amir Sheikh Sabah Al-Ahmad Al-Sabah, stipulate paying 1,000 dinars ($3,580) to each Kuwaiti citizen plus free distribution of essential food items for 14 months.
The cash grant will be paid to 1.155 million Kuwaiti citizens on February 24 while distribution of food will start February 1 and last until March 31 next year.

All 53 MPs present approved the law, which does not apply to the 2.4 million foreign residents in the country.
Kuwait, with financial assets of over $300 billion, will next month mark the golden jubilee of independence, 20th anniversary of liberation from Iraqi occupation and the five years of the Amir’s ascendance to power.
Several MPs called on the government to take necessary measures to prevent merchants from exploiting the grant by raising prices which have been increasing over the past few months.

Independent MP Saleh Ashour said the prices of some food products had increased in that time by more than 35 percent.

Commerce and Industry Minister Ahmad al-Harun told the house that the ministry “will not allow merchants to exploit paying the grant to increase prices.”

Inflation in Kuwait soared to 5.9 percent in November, the highest in 20 months on the back of high food prices which rose by 12.3 percent.

The fifth-largest producer in the Organisation of Petroleum Exporting Countries, Kuwait has posted budget surpluses in each of the past 11 fiscal years, totalling more than $140 billion. It is also headed for another healthy surplus this year thanks to rising oil price.

The government has made similar but smaller grants in the past.
The grant includes new-born babies provided they are born latest by Feb 1, 2011. In addition to the monetary grant, Kuwaitis will get free food supplements for 14 months. All those holding ration cards are eligible for this grant.

The Parliament has also approved some recommendations from MPs regarding the Amiri grant.
According to the recommendations the Ministry of Commerce must monitor the prices of food to prevent merchants taking advantage of the grant by increase prices of commodities...

The Kuwait Audit Bureau must ensure the Amiri grant and food ration is distributed fairly - the grant should also be paid to children of Kuwaiti women married to non-Kuwaitis because their children are part of this country.

And also the non-Kuwaiti military personnel for the role they played to protect Kuwait.
The MPs have expressed their gratitude to HH the Amir for his generosity saying the grant has come at the right time when Kuwaiti families are in dire need of financial help.

However the MPs have warned the government to keep track of some unscrupulous merchants who may take advantage of the grant to hike prices of commodities.

MP Yousef Al-Zalzalah said the Amiri grant came at a right time. He said such a grant from the Amir is not new but every time a grant is given we witness a strange phenomenon - the prices of commodities shoot up and blamed the Ministry of Commerce for failing to play its role.

MP Khaled Al-Sultan lamented “We all know that this Amiri grant will be deducted from the state fund but it is unfortunate that instead of using this money for investment it is being ‘consumed’.

MP Hussein Mezyad stated this grant will not be complete unless the Commerce Ministry and the Consumer Protection Department keep a watchful eye so that the citizen may benefit from it and not the greedy traders.
MP Saleh Ashour stated the grant comes at the right time in the wake of the economic crisis and high cost of living facing the citizens of this country. He added more than 86 percent of Kuwaiti families are indebted to banks, so the grant will help them settle these debts.

Meanwhile, the Minister of Commerce ensured the ministry will closely monitor the prices of commodities. He added, “We will never allow any manipulation in prices. We are taking legal action against price manipulators.
In other news the Parliament unanimously approved the salary raise bill for Kuwait military personnel in its first and second reading. The bill has been referred to the government. Meanwhile, the Parliament approved a recommendation to include bedoun, retirees and Gulf military personnel in the increment. Those benefiting will be the police force, Army and the National Guard.

This was followed by approval of women’s civil rights and the amendment of bill of Women Committee Law 17/1959 of Residence of Foreigners in its second reading and referred to the government.
Article (1) of the bill states the Kuwaiti woman shall have the right to obtain residence for her non-Kuwaiti husband and children on condition none of them works for a public authority in his country.
Also the non-Kuwait widow will have the right to obtain residence. The bill has been referred to the government. Article 2 states the husband and children of Kuwaiti women shall be exempted from paying residence fees.

The Parliament also unanimously elected MP Dr Aseel Al-Awadhi as member of Women’s Affairs Committee to replace MP Khalid Al-Tahous who has resigned from the committee.
The Parliament has been adjourned and will resume its activities in March 2011. During Tuesday’s session the Speaker announced that the session of February will be pushed to March. The suggestion was approved by the Parliament.

KUWAIT CITY, Jan 19: Islamist MP Waleed Al-Tabtabaei requested private sector companies on Wednesday to grant all non-Kuwaitis under their employment a bonus amounting to one month’s salary on the occasion of the national and liberation day anniversaries.

The bonus should coincide with His Highness the Amir’s grant of KD 1,000 to all Kuwaiti nationals, Al-Tabtabaei said, adding that the Kuwaiti people, especially merchants and businessmen, are known for their kindness and charity locally and abroad.

“His Highness the Amir’s graciousness has greatly pleased the Kuwaiti people and, in turn, as a social duty, it is necessary for businessmen and traders to grant all non-Kuwaitis an extra one month’s salary to mark the national and liberation day and Sheikh Sabah Al-Ahmad Al-Sabah’s 5th year anniversary,” he explained.

The Amiri grant is said to increase the prices of basic commodities and members of parliament have urged the Ministry of Trade and Commerce to ensure that prices remain stable and punish those who commit excesses.

Meanwhile, a grilling request against the Minister of Interior, Sheikh Jaber Al-Khaled Al-Sabah may be submitted on Sunday, according to a parliament source, who spoke to the Arab Times on the condition of anonymity.

The source said that the request will be submitted when opposition MP Shuaib Al-Muwaizri returns from the UAE. Al-Muwaizri, the source added, is part of the Kuwaiti delegation of the Extraordinary Conference of the Parliamentary Union of the OIC Members.

Opposition MPs are adamant to question the Interior Minister after cases of abuse and torture within his ministry surfaced recently. The two-week parliamentary panel assigned to investigate the torture and death of Kuwaiti citizen, Mohammed Al-Mutairi, is due to complete its report and submit it to the National Assembly next Monday, so that it can be included on the agenda of Jan 25th’s parliamentary session.

NA Secretary, MP Ali Al-Rashid, said that questioning ministers without concrete evidence and ignoring the opinions of the majority, in order to overthrow the government, is a blow to the Constitution and to democracy.

Al-Rashid requested all MPs to wait for the investigative panel’s report on the issue as well as the reforms that the Interior Minister’s planning to implement. “The minister has referred all those who have committed the crime against Al-Mutairi to the prosecution and we are now waiting for him to clean the ministry of its prevalent corruption,” he said.

Furthermore, MP Dr Masouma Al-Mubarak urged the government to perform regular inspections on all projects concerning the state developmental plan. She said that the plan is worth billions; however, there are weak individuals rampant in Kuwait who are willing to break laws.

“We should put a stop to those who seek to overcome the law using the Tenders Committee and the Audit Bureau. Therefore the government should abide by all the reports issued by these protective organizations,” she said.

Meanwhile, the Health and Social Affairs Committee met with the Municipality Minister, Fadhel Al-Safar, on Wednesday to discuss the issue of spoilt food. The minister discussed his ministry’s latest seizures of rotten food and companies who are practicing commercial fraud.
Diceritakan Oleh : Ardi's Family Kuwait Pada Jam : 6:32 AM 2 komentar: 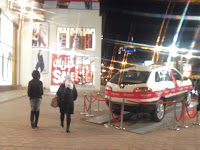 
KUWAIT CITY - Kuwait's Emir Sheikh Sabah al-Ahmad al-Sabah on Monday ordered the distribution of $4 billion and free food for 14 months to citizens as the oil-rich emirate prepares to mark national occasions.
Each of the 1.12 million native citizens will get 1,000 dinars ($3,572) in cash as well as free essential food items until March 31, 2012, the KUNA news agency cited state minister for cabinet affairs Rudhan al-Rudhan as saying.
The Gulf state, whose financial assets top $300 billion, will next month mark the 50th anniversary of independence, 20th anniversary of liberation from Iraqi occupation and the fifth anniversary of the emir's ascendance to power.
The announcement was made following an overnight meeting of the cabinet. The 2.4 million foreign residents of Kuwait are excluded from the grant and the free food.
Inflation in Kuwait soared to 5.9 percent in November, the highest in 20 months on the back of high food prices which rose by 12.3 percent.
The fifth largest OPEC producer has posted budget surpluses in each of the past 11 fiscal years, totalling more than $140 billion, and is also headed for another healthy surplus this year thanks to rising oil price.
The government has made similar but smaller grants in the past.
The Gulf Arab state provides a cradle-to-grave welfare system to its citizens who receive most public services and petrol at heavily subsidised prices and pay no income tax.
Some 80 percent of Kuwait's 360,000-strong national workforce are employed in government jobs, where the average monthly wage is more than $3,500. 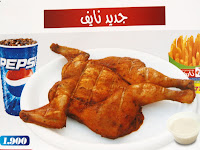 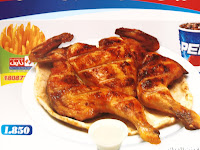 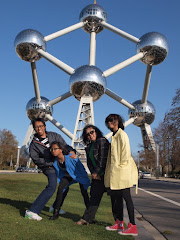 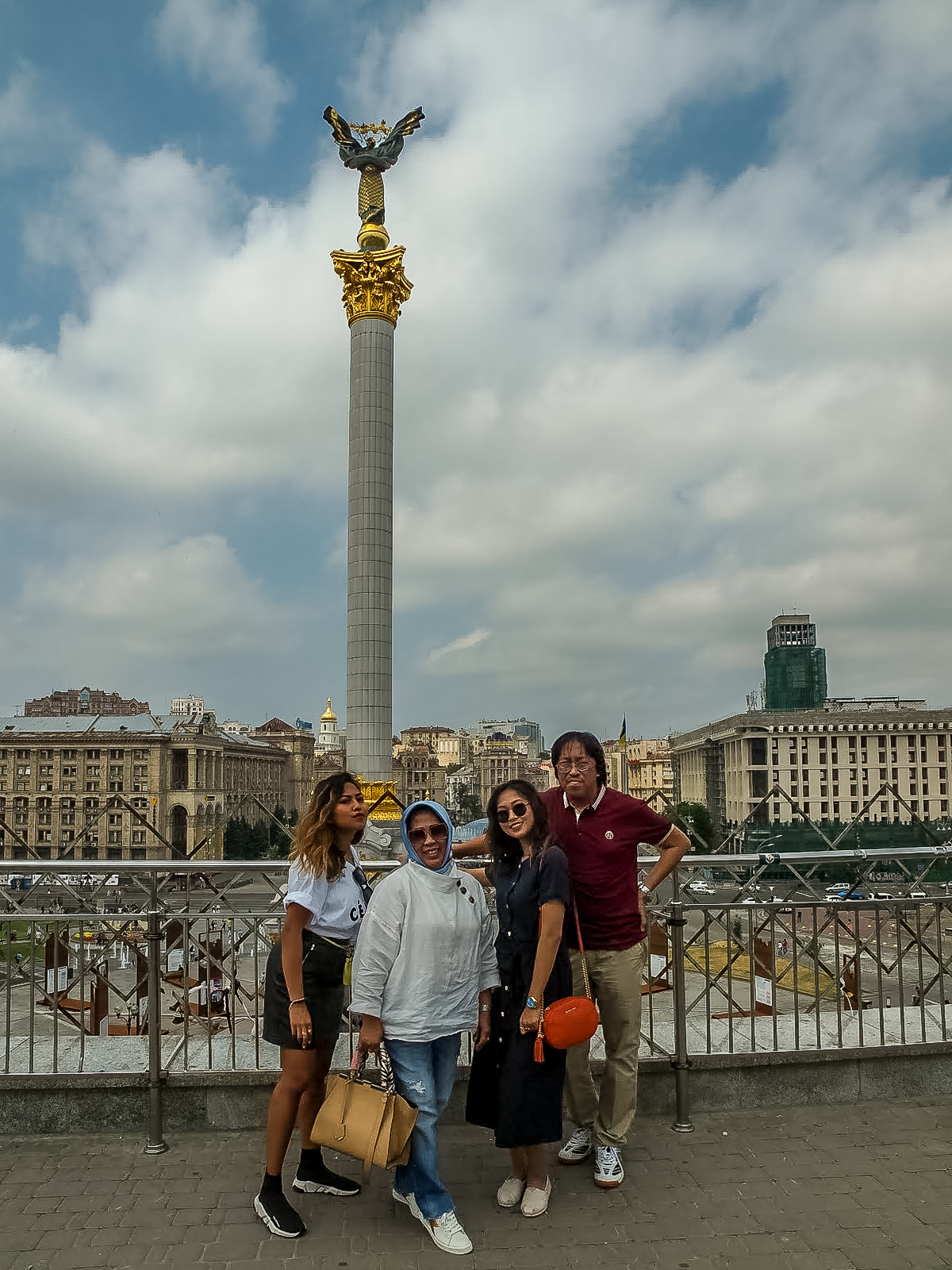 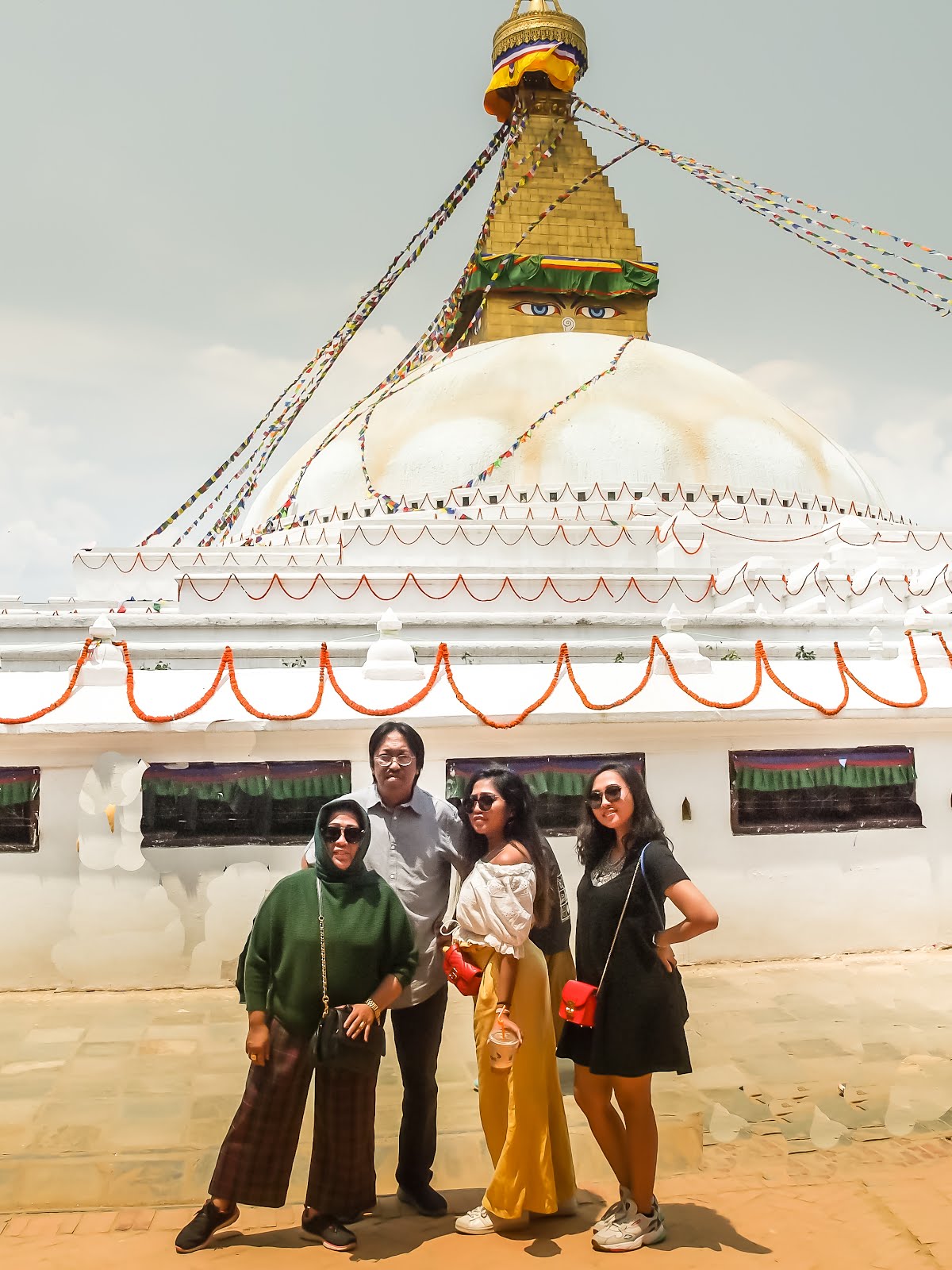 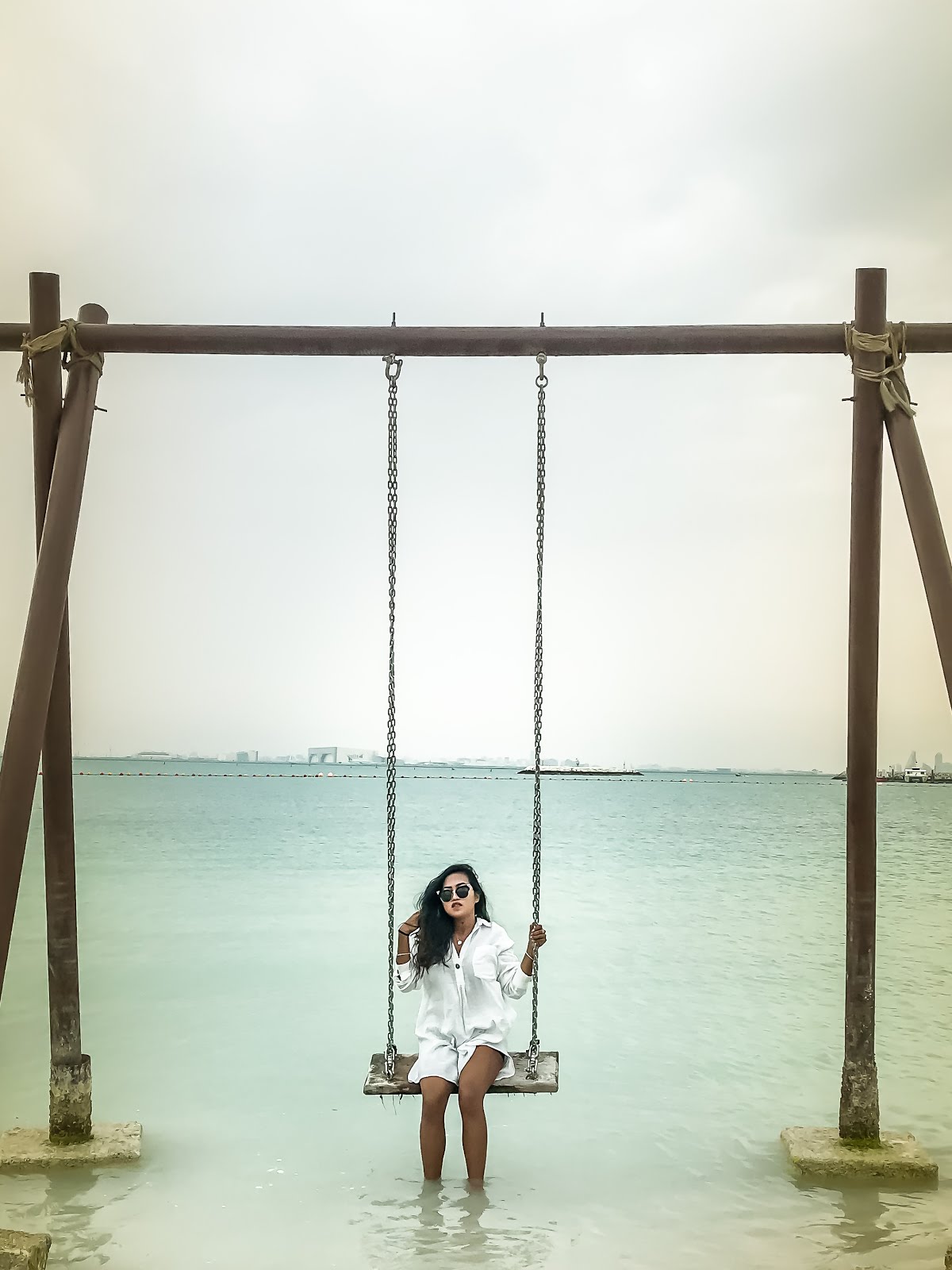 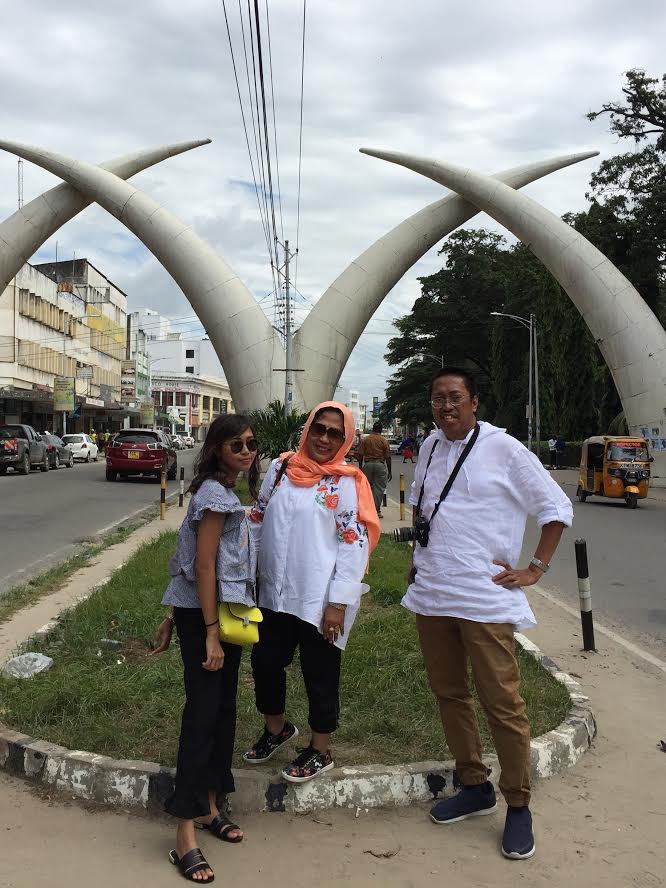 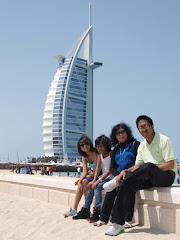 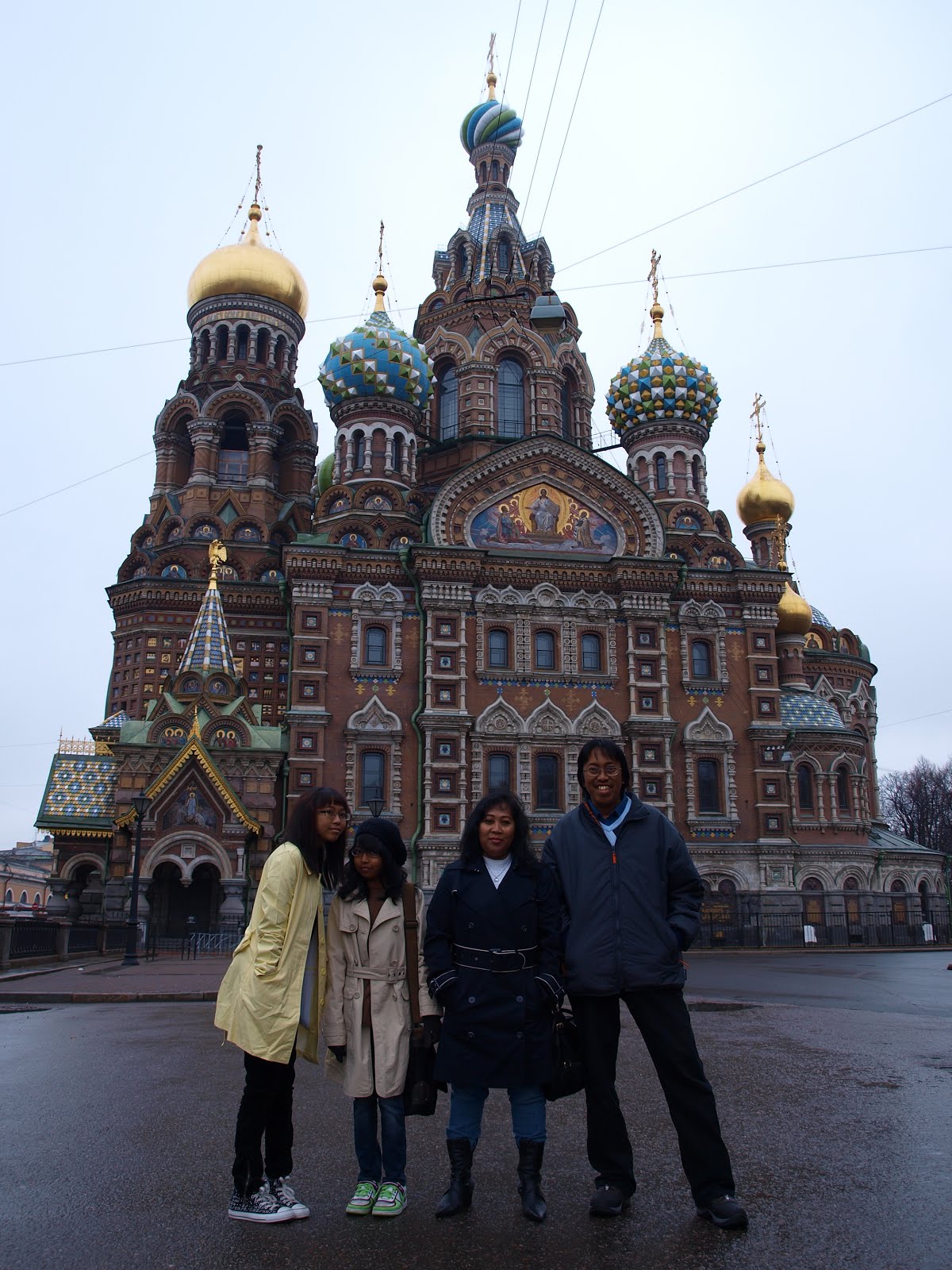 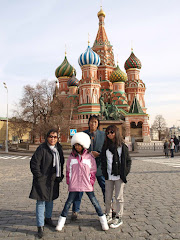 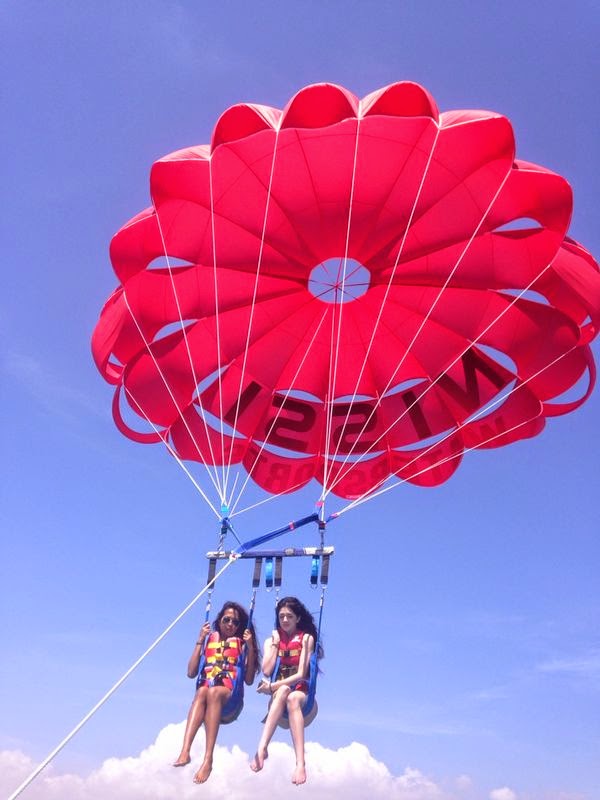 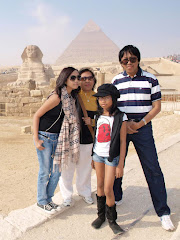 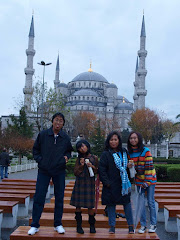 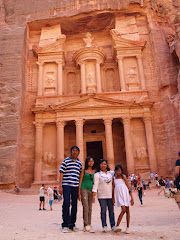 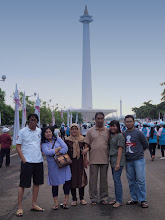 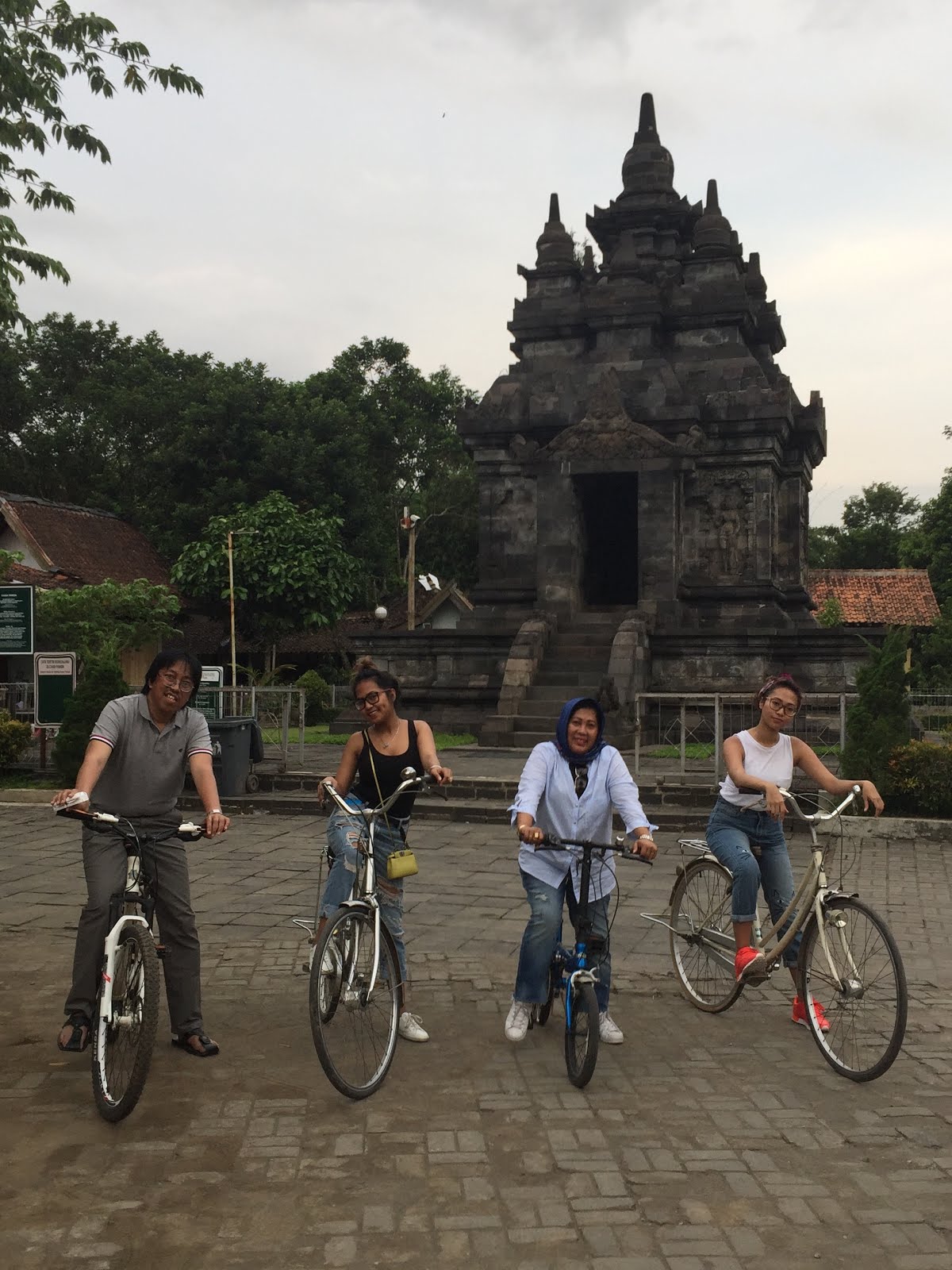 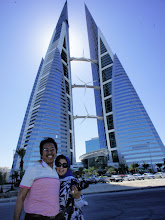 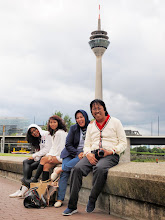 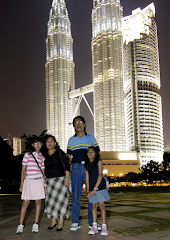 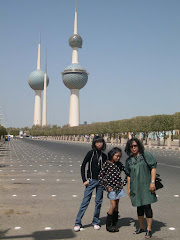 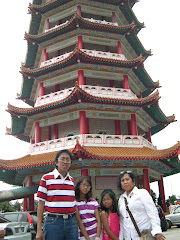 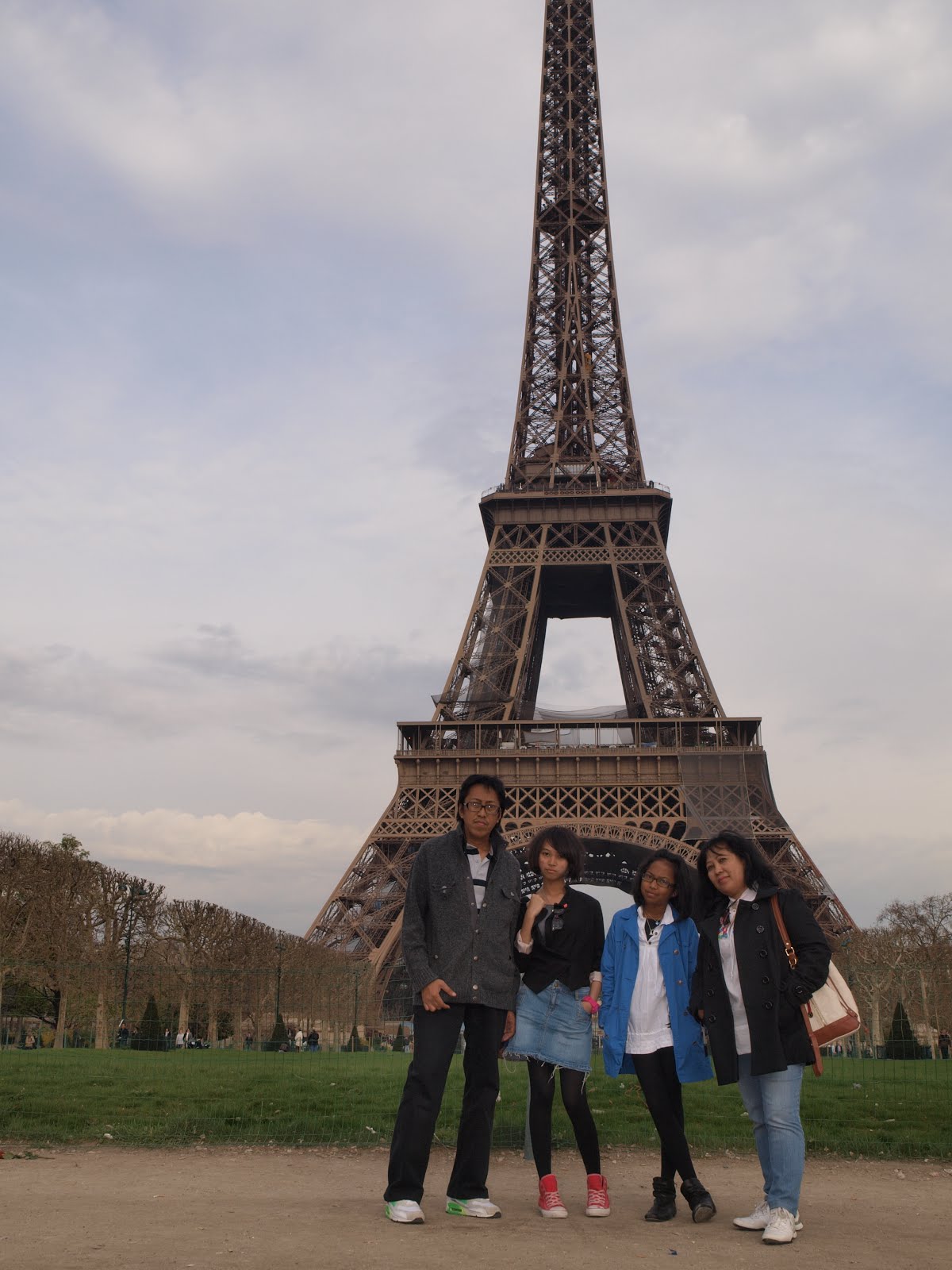 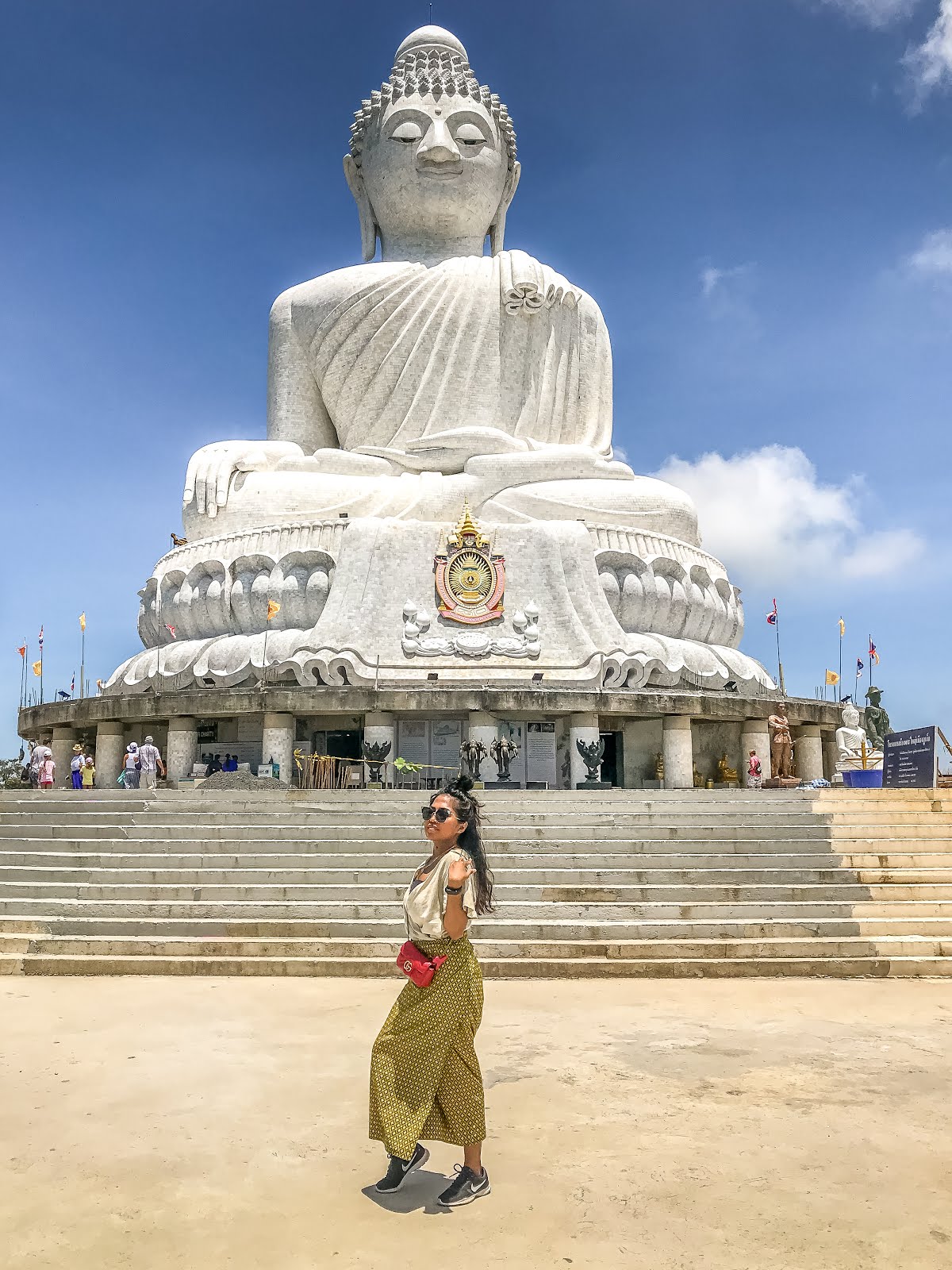 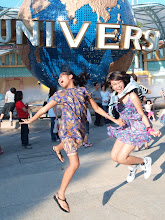